We’ve been back to Australia for about a month and there’s been a few things that I’ve been missing recently.  I think you’ll find humour in some of the things that I’m craving and Americans are able to take for granted every day…. (lucky)

I dont have a particular order for any of these cravings – but you might have guessed, I’m writing this while hungry….

First up – Wawa – I love you.  You are a mid-atlantic phenomenon.  If you’re not from that part of America, you might not know what I’m blabbing on about (just yet).  This is a dream come true for me.  They produce the most beautiful Wawa Hoagies – and if you’re not from that area, you probably call them submarine sandwiches (but wash your mouth out – that’s an insult to perfection and only a mere description!)

The bread is amazing and the taste is suburb because it’s freshly made to order.  You’re probably saying ‘it’s a sandwich’  – well, then you probably haven’t been to a Wawa yet.  Go online and find one, and taste the difference.  You’ll be hooked from your very first hoagie.

The big bonus to Wawa is the coffee.  Okay, American coffee sucks.  I get that, but when you’ve got 20 different flavours, why not try it out and see if you can get a favourite drip coffee.  It’s a different experience – I get it, I’m kinda a coffee connoisseur here in Sydney.  (the best coffee is DigiKaf in Glebe – go on, you know you want to)  Anyway, you can mix and measure and make your very own special blend.  Mine happens to be French Vanilla coffee with Irish Cream.  Match that with a turkey hoagie – and you’re in heaven! 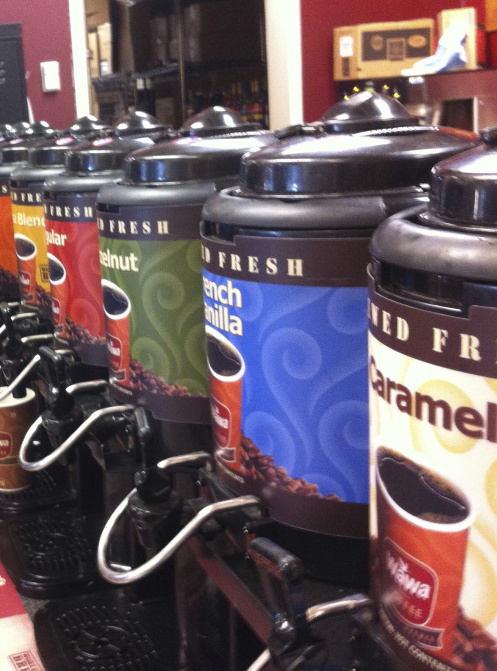 Speaking of coffee – while traveling outside of the mid-atlantic region (and florida because Wawa is now down there – thank you!) there is a backup.  Dunkin donuts is like the crack-cocaine of coffee. (You don’t go for the donuts.) Whatever those food technologists do to  make it amazing, pay them more because they have me dreaming about this stuff.  I get these incredible cravings and stupid dreams about going to Dunkies and here in Australia, they’re a bit more civilised and well.. don’t have Dunkies.

One of the funniest things I heard while in America was “if you cant get to Dunkies, the terrorists have one”  well, I think the terrorists have won here in Australia because Dunkin Donuts closed their doors to Australia sometime in the late 2000’s – but if wikipedia is correct, Dunkies is due to open back up in 2013 – i’m  not sure if it’s an actual curse or blessing at this time.  Hopefully, they’ll go somewhere like Brisvegas (Brisbane, Queensland) so I have a little more time away from this sweet beautiful American nectar.  It’s fattening.

I miss the colourful supermarket saladbars!  They are god’s gift to college students – and I was one of those in America in the early 2000’s – what a fresh way to safe money and eat healthy!  It’s like five bucks a pound and if you’re smart about it, you’ll purchase your salad dressing from the dressing isle and only get the leafy light stuff and pack it!  That’s the way to eat right, not have to cook and save a bit of cash on the side so you can pay for your rent.  And, they always have a little something on there that you’ll splurge a bit and get – normally mine is just a little bit of cottage cheese – sure it’s  heavy, but it’s one heck of a treat for me! 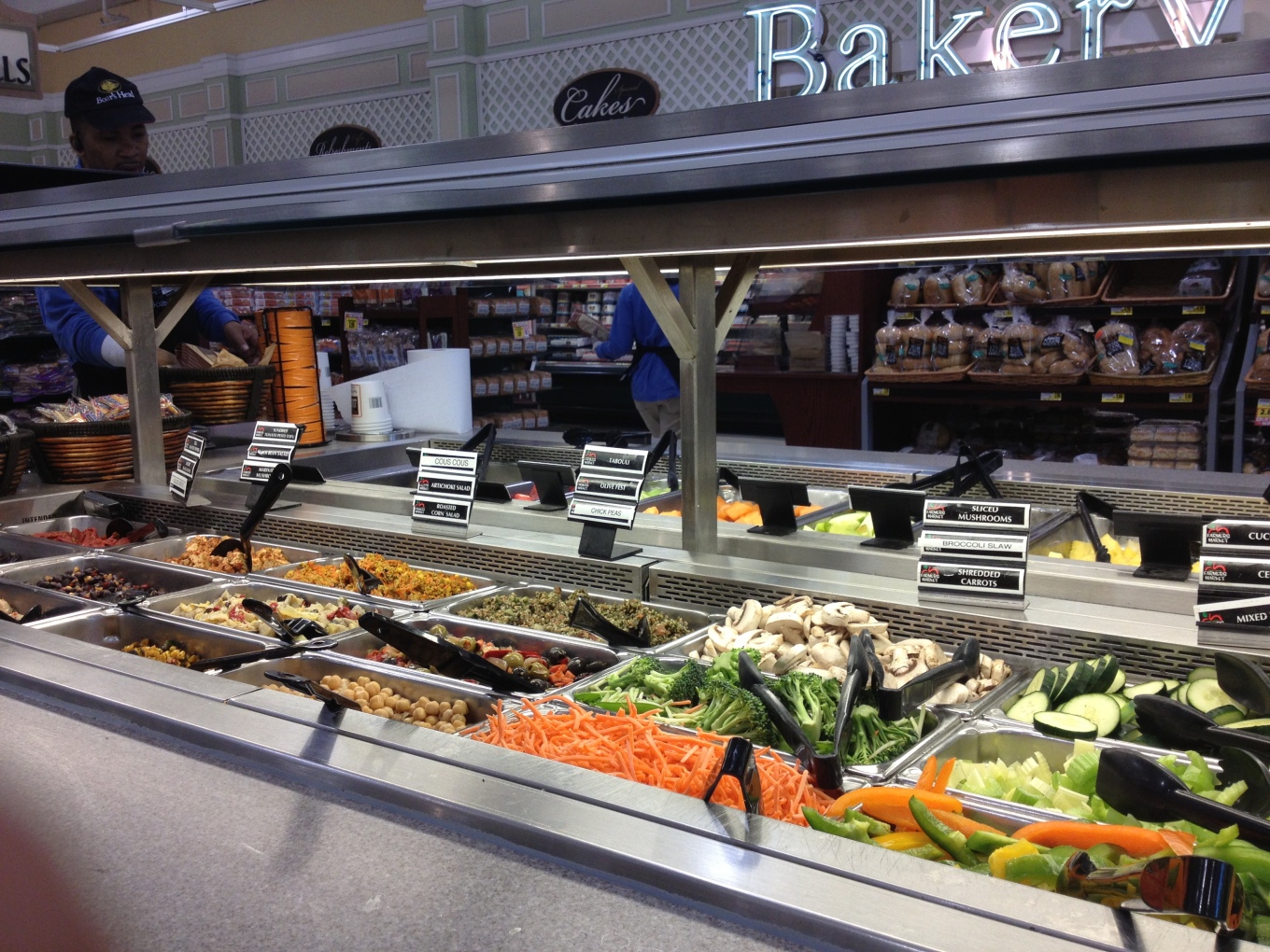 Here is the ‘end result’ of my salads! Tasty  and i’d go for one right now!  YUM!