Anything SPACE has been my guilty pleasure for a few years, thanks to #NASASocial.  It’s kinda cool to be able to channel my inner Jodie Foster on occasion.  So when I heard that there was going to be a space conference in Ireland and I’d be on the island at the same time, I jumped at the chance and signed up to attend #SpaceUpIE! 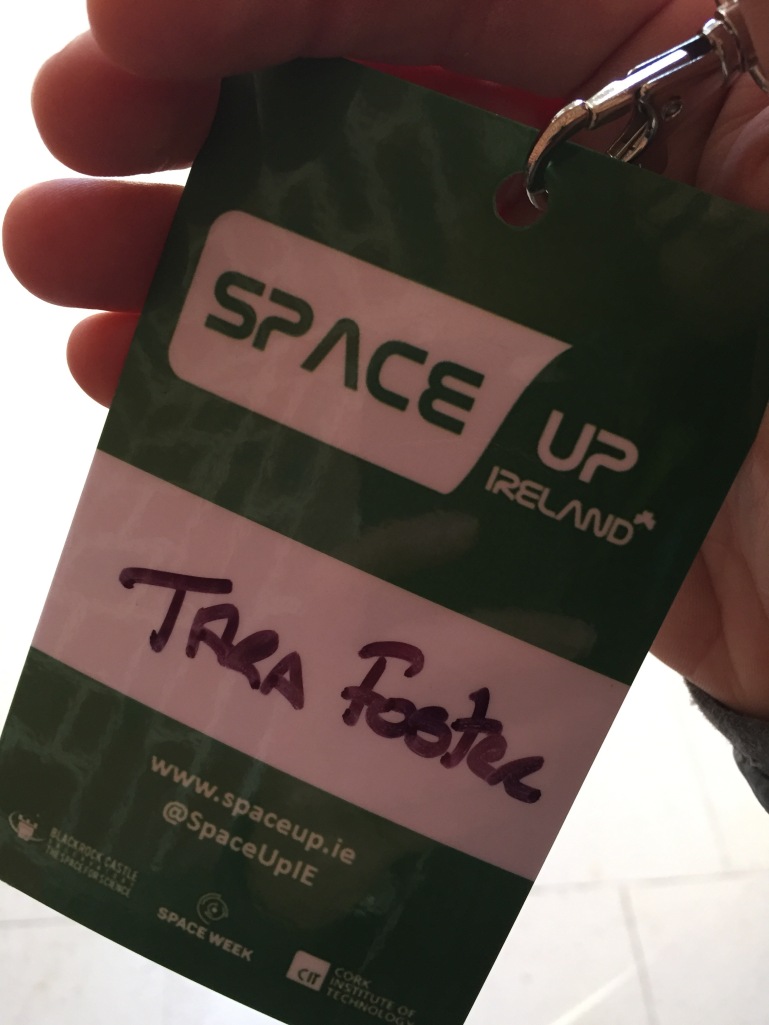 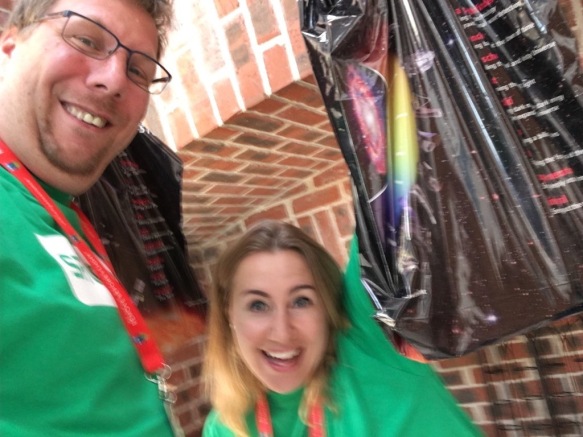 This was my very first SpaceUp I ever attended but the un-conference has been going on around the world for a few years.  I say un-conference because that’s exactly what it is!  After all the rego, the presentation of the swag bags and a g’day exchange with a fellow Australian,  the ‘rules’ were set out.

I use the word ‘rules’ very loosely, because this un-conference is like the FIGHT CLUB of conferences.  There are no rules – but unlike Fight Club, we do talk about space and don’t beat the living daylights out of each other… so, the rules are basically a guide of how the day will pan out.

Next up, is the presentation of the post-it notes.   No one knows what will be presented or said.. and basically ANYONE can present anything.  My own personal FAVOURITE session that I attended was “Where are the aliens –  15 mins of wild speculation and paranoia”

#OMG.  You had me at paranoia!

Going into these sessions, you don’t really know what you’re going to get and that’s AWESOME.  Everyone is different.  There are scientists, students, comedians – the works!  We’re all coming together because we all like space!

I even spoke about how a NASA rocket launch changed my life.  It’s true.  It did.  I had the opportunity to share how experiencing, first-hand, what goes into a rocket launch and how that moment set up the way I thought about my life from that moment onward.   It’s some pretty wild stuff if you think about it.  I’m pretty honoured that I got to share that experience with a bunch of like-minded space-mates.  What’s even better is, I was in such good company – they had experienced the same exact thing and a lot of their lives changed, as well, because of it!   So in actuality, it was a really wonderful moment we all had together.

We finished up with a lovely tea break and continued on with a final and pretty awesome presentation about NASA’s NEEMO!

This was the only actual scheduled presentation and it was pretty cool. I’m a recreational diver so learning how Aquanauts help Astronauts was pretty cool.  Apparently the Aquanauts had an ‘outhouse’ capsule a short dive from the living quarters…. and there was a bit of a issue with the local bullsharks frequenting the area.  Imagine going for a nighttime potty run after a few too many only to be bullied by a shiver of sharks!  Crazy stuff.