Pre-IAC2017 festivities went off with a bang in Sydney on Tuesday with a public lecture at the University of New South Wales (UNSW).  Swamp Works’ co-founder and NASA Senior Technologist, Robert Mueller was the key speaker taking us on a scenic and scientific adventure in how to inhabit Mars.  The public in attendance also embraced their inner adventurer with his stories of the time he spent in Arctic conducting research with a team from NASA.

Then on Wednesday, Mars continued to be the hot topic.   The first three speakers at the conference for the Australian Centre for Space Engineering Research (ACSER) included Bob Anderson, Laurent Sibille and Sydney Do.  The Jet Propulsion Laboratory’s (JPL) Bob Anderson opened the 3rd Off the Earth Mining Forum (#OEMF2017) where he stressed, “What you can do in Earth, you can do on Mars” because as he stated, “Earth and Mars are the same, except for the environment.”

Later in the discussions, the question was asked, where the heck do we land humans on Mars? As of today, there have already been over 20 years of continuous robotic exploration of Mars, but now the game has changed with the chance of sending humans to the red planet.

To increase human survival, the Mars exploration zone has a limit of about 100km exploration radius.  That means, humans will need a flat zone that is close to water. At this present time, there are 47 exploration zone candidates on Mars and scientists have been busy creating a “Google Maps of Mars!”   Currently, they’re looking at creating a highway map that will aid in the transportation of goods for potential landing sites.  This will help make Mars a working community that will be needed in order to sustain life.

Do you think we’ll be heading to Mars within our lifetime? Have your say in the comments below.

One thought on “From Sydney to Mars” Leave a comment › 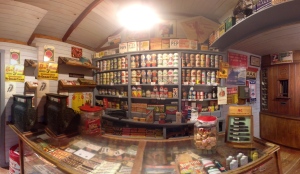