When you travel to, or even move to a foreign country, you’re bound to run into some difficulty sooner or later.  As many of you know from some of my previous travel writings, I’ve lost luggage a few times, ended up at wrong airports, got weird stares from locals whilst trying to surf a river in Germany, been locked in a French bathroom whilst attending a conference,  face planted into parked car in Ireland, fought as a medieval knight… had goats stare me down in the dead of night whilst climbing some crazy mountain in the Swiss Alps…  even had my precious little red car break down off the Hume highway when I wasn’t even travelling.  That’s just normal life to me.

So what I’m saying is… yep.  The laundry list of ‘crazy’ that happens in my daily life is pretty much endless.  Since I’ve been in the Netherlands, well… what else would you expect?  Right now, I suggest you sit back and settle in for the following:

I live across the street from a supermarket.  It’s fantastic.  This is the “Narnia” of my personal little culinary world and it acts as my pantry and refrigerator.  I jaunt over there only to purchase things when I really need them.  But, getting to the supermarket can pose a bit of a problem.

Ya see, even though this ‘cupboard of dreams’ is roughly the length of a 50 meter  swimming pool, it still poses a bit of a strategic and problem.   What I’m getting at is, have you ever played frogger?

Frogger was a popular game of my childhood where a little green frog would attempt to cross a busy street to get to the other side without dying.  Basically, I face impending death every frickin day, and sometimes twice, just to feed myself.

You’re probably thinking to yourself.. comeon Tara… you’re being silly.  But… OMFG I AM TOTALLY NOT.  I face REAL LIFE DUTCH DEATH EVERY DAY.

If you strategically look at how I need to cross this road, I have multiple challenges to overcome.  Firstly,  I need to open the front door and make sure I don’t hit an unsuspected pedestrian.  Yep.  True story.  These Dutchies are pretty fearless and will stop at NOTHING to walk right over you.  They walk with purpose, with pride… They’ve got places to be and they’re not afraid to get there.

After safely navigating the street, next is crossing the dreaded bicycle path.  THIS IS THE WORST FRICKIN THING TO CROSS ON FOOT IN THE ENTIRE WORLD.  Dutchies on bikes are the frickin WORST.  They aim for pedestrians and they’re not afraid to hit you.  The thing is, since this is a dedicated bicycle lane, this is their space homeboy… basically, you’re in their country, now playing by their rules…

Dude, respect.  I get it.  I’ll honour your bicycle paths and to be fair, I LOVE them.  I think they’re great and I love that everyone rides bikes everywhere!  I mean check out the crazy amount of bicycles in these photos!  However, as a wayward and sometimes unsuspecting Aussie pedestrian,  I never know which way to look!  I’m just trying to go to the supermarket.  They’re people walking and now bicycles and I feel as if they’re coming out of every direction and they’ve got me in their line of vision. 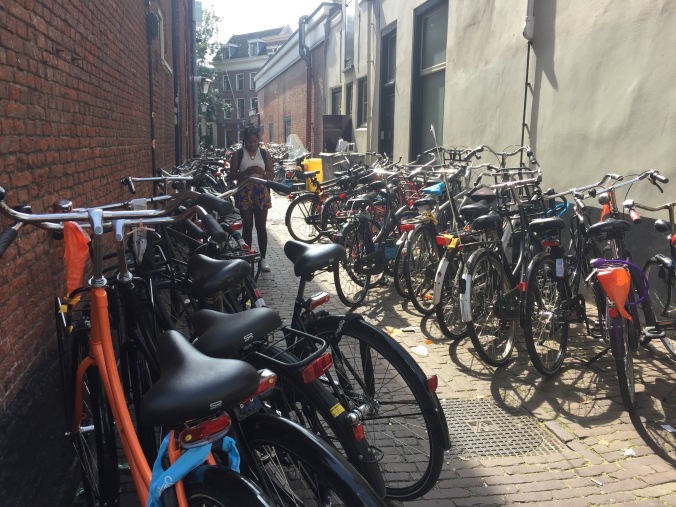 Once I’ve safely not been hit by a pedestrian or cyclist, I have to safety pass two carriageways of traffic.  This honest to God feels like the part in The Neverending Story where Atreyu needs to pass the Sphinxes with their fiery and laser accurate eyeballs.  Um guys… this is the stuff of 1980’s nightmares.

Fucking Cars.  Dutch cars are big blunt walls of metal coming toward you in both direction.  Just like the bikes, they give 0 fucks and will stop at nothing.  Basically, these walls of pain headed straight for you.  Now, this is where the problem lies… you can stand there like Bambi and freak out… or, you can attempt to run like a crazy Australian, hands up in the air waving around like you just don’t care and navigate the next section of road.

But, what happens when you get to the other side?  Bikes.  More bikes, more frickin pedestrians… and then the front door.  I swear to God, when I enter the front door of the supermarket, my neck has crazy whiplash from looking both ways a million times.  And, for a road that Aussie swimming legend Eamon Sullivan can swim in 21.56 seconds… this makes me pretty pathetic.

So far, my best crossing record is 14 minutes and 23 seconds.  Keep in mind, I probably pass 30 people, 100 bicycles and ten cars for this Aussie just to get to the other side of the road.

5 thoughts on “How does the Aussie cross a Dutch road?” Leave a comment ›

Leave a Reply to taraustralisCancel Reply 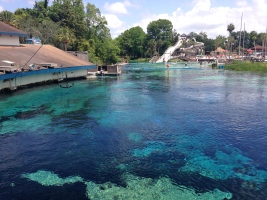 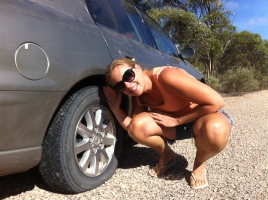 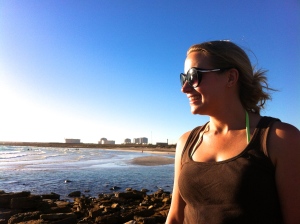