I was on an Aer Lingus flight sitting next to a bunch of Dublin lads.  Imagine energetic Jack Russel Terriers.  They’ve got energy to burn and they’re sniffing everything they can.  As soon as the seatbelt sign was off… like a flash they were dancing around having a great time.  They didn’t bother me because the blokes were really well behaved. They were just super excited because you know….  I mean… Amsterdam with the boys!

So the plane lands.  Like a bolt, everyone’s standing up and pushing for the door. I was just reaching for my backpack under my seat when out of nowhere, I got a 1500€ facial!  Just as I look up it was some Dutch lady staring at me with her Louis Vuitton bag in hand… Upon further investigation because this bad boy was front and centre in my face, that bag was less 1500€ and more 20€.

Ok.. Whatever.  Weirder things have happened and there’s bigger things in the world to worry about…  Anyway, Dutch lady pushes forward like some sort of racehorse as I scope out that the coast is clear…  I edge out of seat 18C.  As I start to make my way off the plane, I see a little white haired head on the left hand side near a window.  I keep looking as I slowly walk down the aisle.  This little head is turning right around.

My God his eyes…. I could see the look of panic in his face.  Grandpa Ireland was travelling all alone and what’s more, he was wearing an oxygen nose tube.

I had just a few seconds to make a decision.  What should I do?  Well, after dealing with the rushing Dutch lady, I decided that I had enough and was going to take matters into my own hands. Grandpa Ireland was gonna be looked after! The rest of the mob behind me could wait. 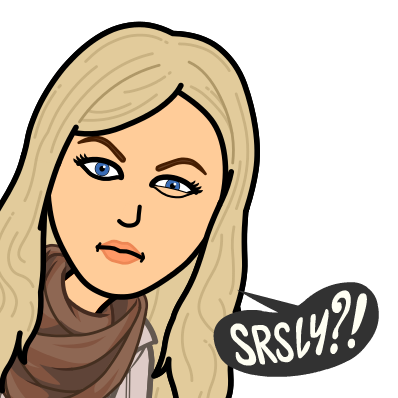 For what probably seemed like eternity for the masses corralled behind me, was just a mere few seconds.  I was not taking any prisoners.  He emerged from his row unscathed.  I stood there blocking the way and said, “Take your time.” Ain’t nobody was gonna get by me.

Grandpa Ireland got into the aisle and headed to the front. The attendants seated him here in the front row and said they’d get him a wheel chair.  He was in safe hands now.

Ok so this got me thinking. If all of us can stand up for each other when we need help, we should do it. Seriously.  Me holding up traffic for 20 seconds helped…..  and in return I feel like a total badass. I wasn’t expecting it, but man… walking up that gangway, I was able to reflect what just happened. It was such extremes from “fake Louis Vuitton face smack Dutch lady” to “Grandpa Ireland’s gonna get first rate treatment!”

I really felt for him. I get the oxygen thing. It sucks. My mom died from lung cancer and was tied to her oxygen like a tether.  She had an in-house generator that would hum though the house constantly.  Luckily, Grampa Ireland had a portable tank. Also, it’s really hard to just move when you are oxygen deprived.  You feel lightheaded, sometimes cant walk and sometimes, you just pass right out… I had Grampa Ireland’s back.

After all of that, I was walking through the airport. I thought about his face and the emotion that was in his expression.  I was really glad that I saw he needed help.  I’m not bagging anyone out, but a lot of times… (and yes, I am also guilty of this) us humans… sometimes we have blinders… Today, I was lucky that I didn’t.  I was able to make a difference.

I’ll never forget Grandpa Ireland.  And, it was kinda really cool to be a little travel hero for the day.